With the election behind us, the prevailing thought is that it will be President Biden and a Republican Senate. The market has embraced a divided government and continues to do well. On a more important note, Monday morning, Pfizer announced a vaccine that is 90% effective. This is more effective than most experts had hoped for. It appears it will still be a tough winter with COVID cases but there seems to be a light at the end of the tunnel as far as the virus is concerned. The stock market went down sharply in March when the impact of the virus was unknown. The economy recovered quickly when it became clear the mortality rate was not as high as feared. Now we have what appears to be an effective vaccine. The market cares about future earnings, the most important thing going forward has everything to do with COVID-19. As consumers feel more comfortable to go out and spend money, it will be a positive for everyone.

“While the election is still not certified, and court battles will drag on, it appears that we can draw two firm conclusions from the 2020 election. First, the pollsters were horribly wrong again. Secondly, American voters do not want a radical shift in economic policy.

While Vice President Biden declared victory based on statistical evidence compiled by the media, there remains some ambiguity. States have not yet formally certified their election results, President Trump is pushing back with court cases, and recounts will be automatic in some states because of the closeness of the results. That said, the odds favor a Joe Biden Presidency for the next four years.

But, for at least the next two years, he will be interacting with a Congress that looks much different from the Blue Wave that pollsters expected. We know it is 2020, and anything can happen, but after Alaska and North Carolina report, it appears that Republicans will have at least 50 seats in the US Senate. The outcome of two runoff elections in Georgia, taking place in early January, will determine the final Senate make-up and it appears Republicans will win at least one of those.

In addition, Democrats lost perhaps 10 seats in the House of Representatives and when all the counting is done, we expect the Democrats will have about 224 seats versus about 211 for Republicans. Because mid-term elections have historically favored the party out of power, this result is causing the moderate wing of the Democrat party to push back against their more progressive members.

This pushback has teeth because Republicans around the country, in both House and Senate races, generally won by greater margins or lost by narrower margins than President Trump in their districts and states. And Republicans increased their power at the state legislative level

As far as policy goes, what all this means is that a major tax hike, the Green New Deal, Medicare for All, and court packing are off the table. Yes, a Biden Administration will generate more rules and regulations, but the federal courts and all those Trump appointees during the past four years are likely to make sure agencies and departments stick to their legal mandates as passed by Congress.

In terms of legislation, we do expect Congress to pass a stimulus bill in the lame duck session, but it will not be the $3 trillion that Speaker Pelosi and the Democrats were pursuing before the election. It will not bail-out the states, which is particularly painful for Illinois, but we still expect a $1 trillion package to help with distributing a vaccine and provide more money for unemployed workers.

Next year, investors should expect some sort of infrastructure spending package, passing with bipartisan support. Because President Biden will need to get some sort of tax victory, look for an increase in the itemized deduction for state and local taxes, to around $20,000 from the current level of $10,000. Normally the GOP would oppose this policy change – it’s a bigger tax cut for residents in high-tax states, who tend to vote for Democrats, then for people in low tax states, who tend to vote for Republicans – but it’s still a tax cut, not a hike.

Trade wars are off the table, however, it will be hard for a new White House to justify going soft on China or for reversing progress made toward peace in the Middle East.

Meanwhile, the economy continues to grow and corporate performance continues to improve. According to FactSet, 89% of all S&P 500 companies have reported earnings for the third quarter and 86% of them have reported earnings above expectations. This is happening for two reasons. First, revenues have been better than expected, and second, costs have been cut as companies have adapted to challenging times. Productivity is up 4.1% from a year ago.

With news of an effective vaccine, expectations that fiscal policies will not change in any major way, continued low interest rates, and the entrepreneurial power of the US economy, the stock market is well on its way to continue making new highs. As we have reminded investors over and over, personal political preferences can cloud judgement. This past week makes that point, powerfully.”

The information contained herein was obtained from sources considered reliable. However, its accuracy or completeness cannot be guaranteed. Neither the information nor any opinion expressed constitutes a solicitation for the purchase or sale of any security.

Contact La Ferla Group if you have any questions; if your financial situation, individual needs or investment objectives have changed; or if you would like to impose or change any investment restrictions on your account(s).

La Ferla Group LLC (“La Ferla Group”) is a federally registered investment adviser with its principal place of business in the State of New York. Registration does not imply a certain level of skill or training. This brochure is limited to the dissemination of general information pertaining to its investment advisory and management services. For information pertaining to the registration status of La Ferla Group, please contact La Ferla Group or refer to the Investment Adviser Public Disclosure web site (www.adviserinfo.sec.gov). FOR ADDITIONAL INFORMATION ABOUT LA FERLA GROUP, INCLUDING FEES AND SERVICES, SEND FOR OUR DISCLOSURE BROCHURE AS SET FORTH ON FORM ADV FROM LA FERLA GROUP USING THE CONTACT INFORMATION HEREIN. PLEASE READ THE DISCLOSURE BROCHURE CAREFULLY BEFORE YOU INVEST OR SEND MONEY.

This disclosure requirement is intended to provide retail customers with an understanding of a Registrant’s relationship and business practices to allow them to make informed decisions when selecting a Registrant with which to conduct business. 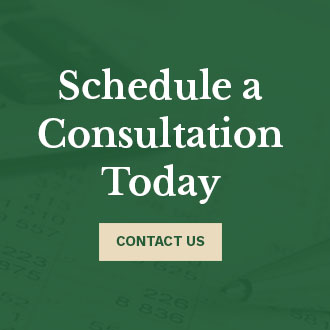